Roughed and old version in a distressed black with imitation wood handle. Carried by the hardened gunfighter.
Own a piece of firearm history, The CO2 powered Schofield Airgun is an ultra-realistic replica of the famed revolver used by many of the great gunmen of the Old West. Dummy cartridges, each holding a single BB, are loaded in this top-break revolver. The revolver functions just like the real gun including the ejector that quickly ejects the spent cases to allow for a fast reload.Can shoot both BB and pellets depending on the cartridges used.

The Schofield was a modified Smith & Wesson Model 3, suggested by Major George Schofield, to make it easier for a cavalryman to reload while riding. A cavalryman could reload a Schofield in less than 30 seconds. Due to its reduced power and recoil compared to the Colt .45, it was easier to shoot accurately, yet still retained effective stopping power on the battlefield.It was quite a popular handgun and many of the great legends of the Old West, like General Custer, Jesse James and Wyatt Earp reportedly used a Schofield revolver. 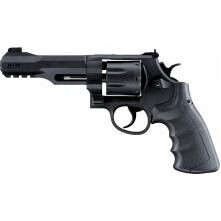 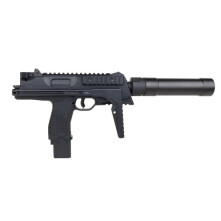 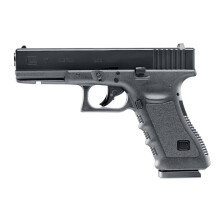